Our 8 contestants arrive at the previously undisclosed location.

They take a few minutes to admire the place they’ll temporarily call home before heading inside.

(This is the house that BreeMiles built for the challenge. The download link is found in the 1st post of her CHALLENGE THREAD)

After pictures are taken and a brief interview is conducted (information found on the CONTESTANTS page), they are led to their first challenge.

The first challenge is …
TREADMILL

Goal: The sim who lasts the longest on the treadmill will be awarded 10 points!

Some sims look relaxed while others do not.

Mikaela, Brittani, Kelsie, Greta and Quinton step off at the same time. Erick, Jermaine and Otis continue to keep pace with one another. 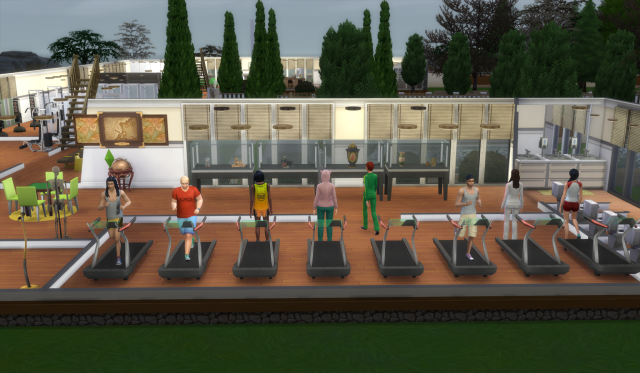 Jermaine soon joins the others.

Who will prevail? Erick or Otis?

Erick is the winner! Congratulations!!

Jermaine remarks on how close Otis was to winning and Otis replies, “It’s fine, man, the contest is still young and how it ends is anybody’s guess!”

Erick sends out a tweet about his victory and seems pleased with the response he’s getting. “#TeamErick for the win”, he replies. 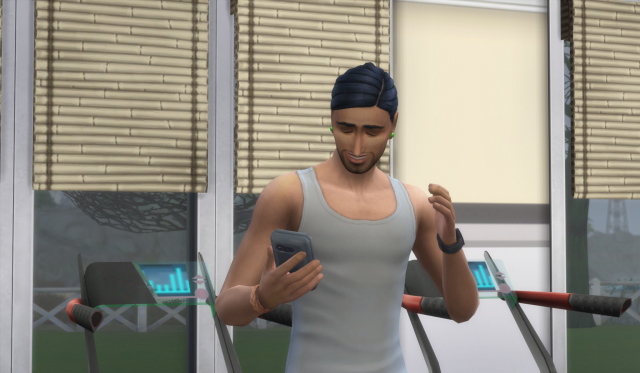 Card games, conversation along with movies are a great way to relax and unwind after the competition.

Reading is another activity the contestants seem to like.

Quinton brews a pot of coffee in lieu of taking a nap. 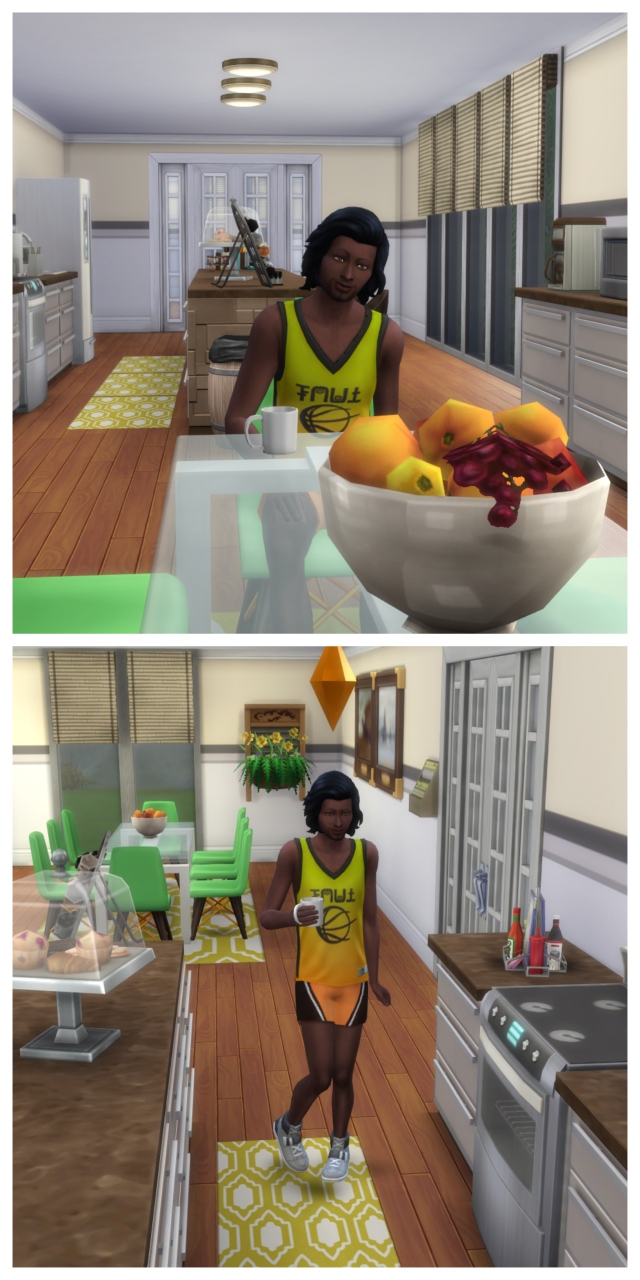 Although the burst of energy makes him think it is.

Even though they are competitors, everyone tries to get along. 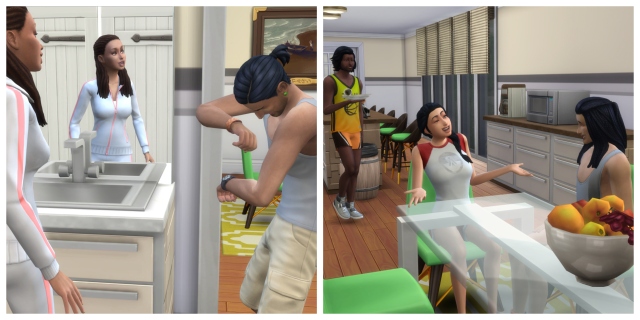 Eventually things wind down and most head off to bed.

Those who don’t “fortify” themselves with more coffee and popcorn.

It will be interesting to see who prevails during tomorrow’s challenge.
Day 2