The frog collection is coming along nicely. 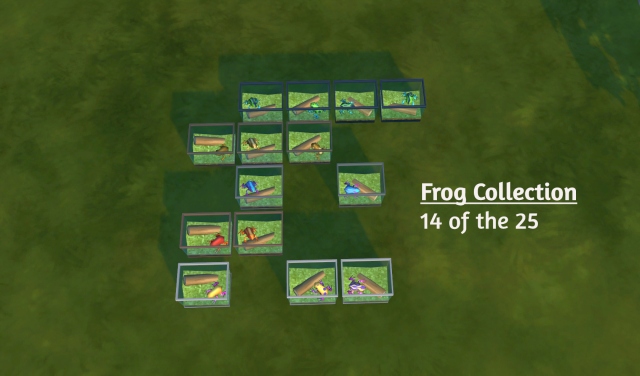 While out collecting, Marc sees a couple of sims closer in age to him but neither are the one.

Having no luck with two-legged ladies, he decides to meet the four-legged ones that hang out at his house. It isn’t going well either. Poor Marc!

The bees appear to be calm. He heads over to collect honey and perhaps do a little more bonding. 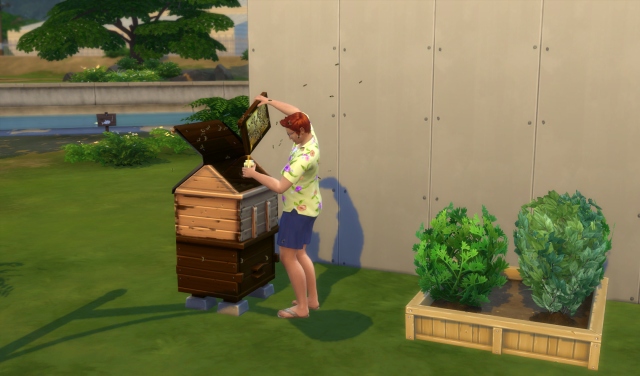 That went about as well as expected.

“Enough is enough!” Marc decides to take a nap and ignores the persistent meowing that seems almost like it’s right behind him.

He wakes up hungry and places an order for pepperoni pizza. 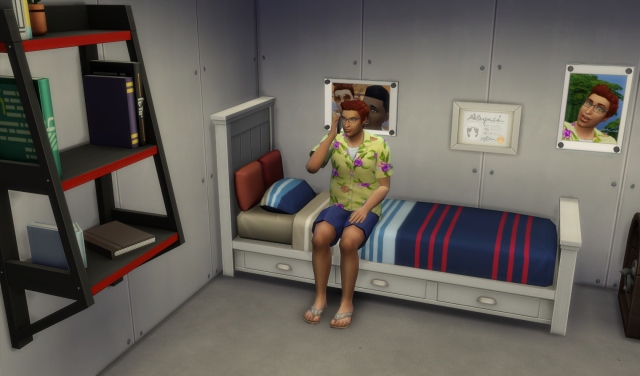 Not again! A very hungry sim grabs fixings for a salad. It shouldn’t be too difficul … OUCH!

Two band-aids later, Marc gives the salad one last stir and considers it good enough to eat. It might not be as delicious as pizza but it’s nutritious and is the one thing that pizza isn’t … here, ready to eat!

I had Marc order pepperoni pizza both times and nothing happened so I looked it up. Others have reported bugs with ordering pepperoni or Canadian bacon and it not showing up but no issues with their ordering cheese pizza. He will try again another time.

Marc did pretty well today with breeding frogs and doing a collection run. He was able to buy a chest for storage (I store frogs and other collectibles in it) as well as a fridge and counter plus a couple of skill books.