Marc is pleased that the sun’s rays don’t interrupt his sleeping! 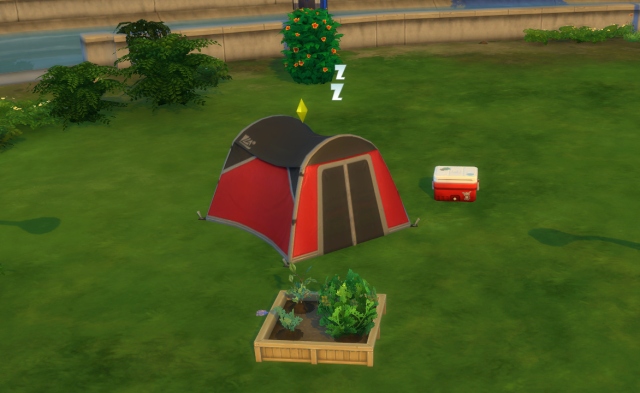 He did quite well with finding frogs on his first day. 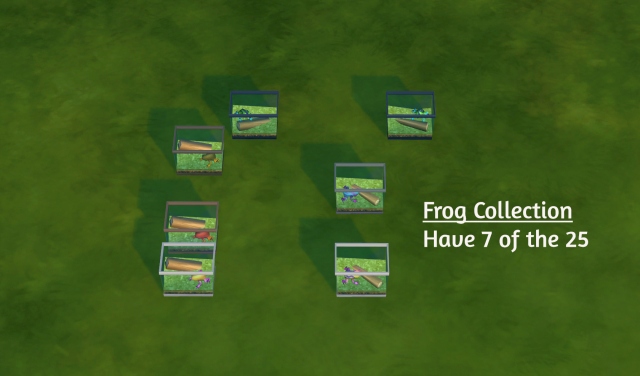 The gnome is cute but selling it for $190 is a more practical option at this time.

Marc’s “natural alarm” is one he hopes he doesn’t experience every morning. Cat attacking the bush and opening/closing a metal mailbox flap aren’t the most pleasant of sounds.

The Mail Carrier is a MALE Carrier. Shoot!

Three stray cats today. Whiskers finished his battle and then it was Whisper’s turn. Gross! Whisper got sprayed by a skunk. Then Mama Kitty took her turn. Marc thinks now is a good time for him to finish eating and move along!

He took care of his garden and then did a collection run. Every little bit helps!

Time to head over to Sylvan Glade.

Marc is glad he remembered the way since it’s a pretty, peaceful spot perfect for catching frogs and fishing. 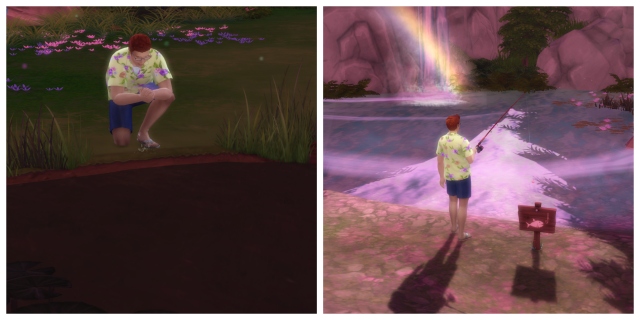 Ka-ching! The two crates he pulled out of the water yielded a pretty decent haul. The Voodoo Doll sells for $950 and the Cowplant Berry sells for $180 but … don’t do this. Vi pointed out a very handy tip: Plant the berry and then immediately sell it. What would have brought in $180 sold for $475!!

“This places really needs a bush or two!” Marc ignores nature calling for as long as possible before heading home. 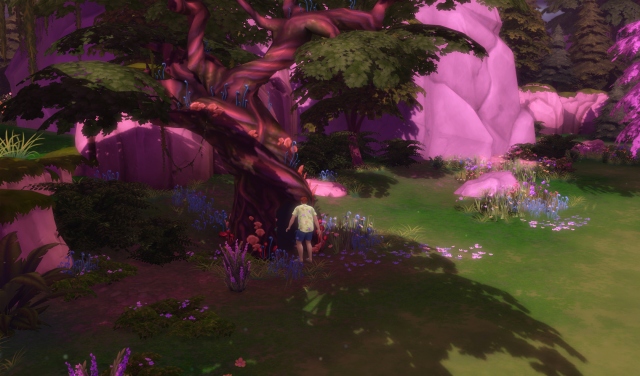 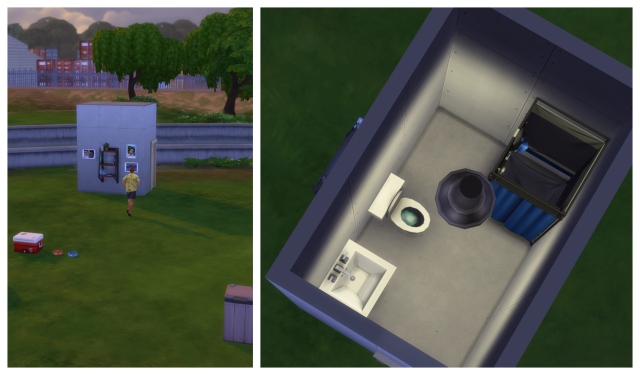 Tired of eating granola, he followed his nose and found a serving of Mac and Cheese. Loren Carey was too busy strutting around to notice what Marc was doing and they avoided what might have been an awkward conversation.

Marc met Miss Ichmawin and was surprised by how friendly she was. (They just met and she pulled him in for a hug!) Unfortunately, this wasn’t enough to catch Marc’s attention. 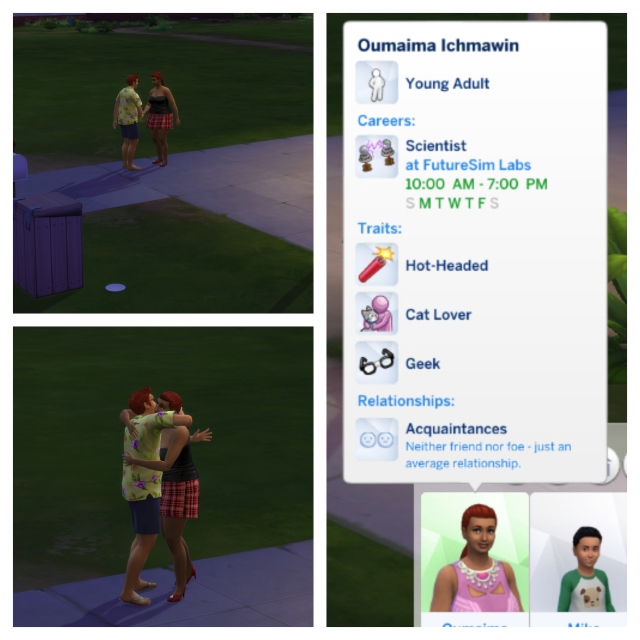 “This little piece of sidewalk is getting crowded!”

Marc took it as a sign to finish his conversation, pay the bills and head to bed.

Marc got lucky with collecting and was able to build a bathroom. He also paid the bills ($69) and fed stray cats. He’s doing quite well for himself.