Today is a Holiday … no time off work (unless you take vacation like Daisy did!) & it entails watching a TV Season Premiere, but hey it’s a Holiday!

Daisy wakes up feeling happy (like when she gets a confetti sprinkle cupcake!) and smiles when she glances at the selfie of her with Marcus. Things look promising there! Then she looks out the window … the weather is rather odd for this time of year & climate!

Daisy grabs her jacket & boots before heading outside to take care of her small garden. She frowns when she sees the bugs on her chrysanthemum bushes and mixes together a spray that should resolve that particular issue. 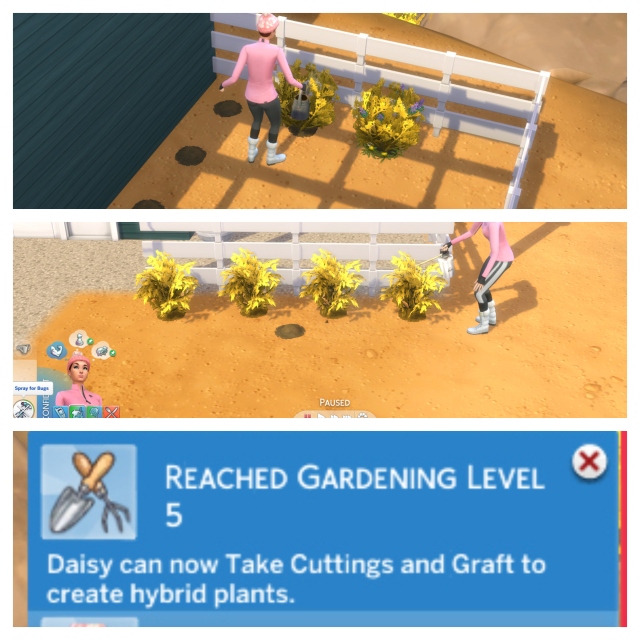 Feeling rather confident, Daisy calls Marcus and asks him to come over. She loves the way he hugs in greeting! 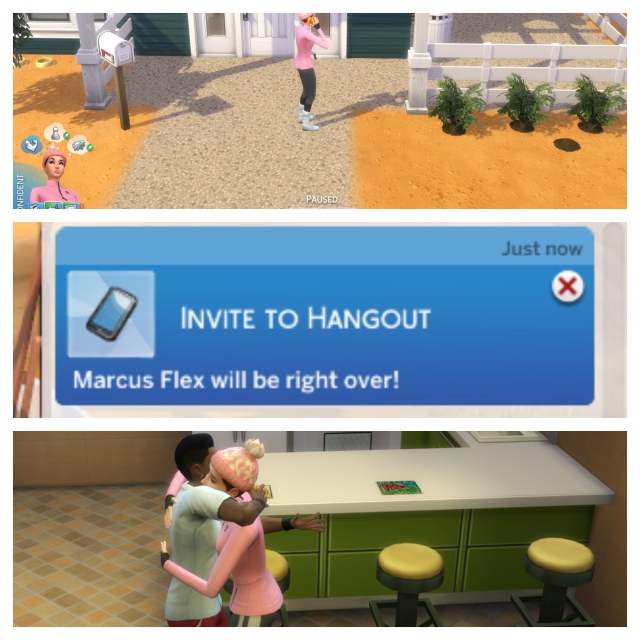 Casually inserting topics like her upcoming birthday and enjoyment of regularly seeing him, Daisy dares to ask if he’d like to move in & is quite pleased when he says YES!

More weird weather. Daisy watches the Odder Things Premiere & tries to entice Marcus to join her … to no avail. The chess board beckons him and he heeds its siren song.

After the Premiere finishes, Daisy joins Marcus and broaches the topic of them becoming a couple. He agrees with an enthusiasm that is pure Marcus so … perhaps he’s been thinking along those lines as well. Their selfie as a couple looks great!

Before Daisy heads out on a collection run, they agree that relationships take trust & effort since it’s all about holding out one’s heart in the hopes of finding someone who will appreciate what they’re being given. Marcus keeps himself busy while she’s gone. “Welcome Home, Hon!” … Daisy could totally get used to this!!

One thing leads to another. 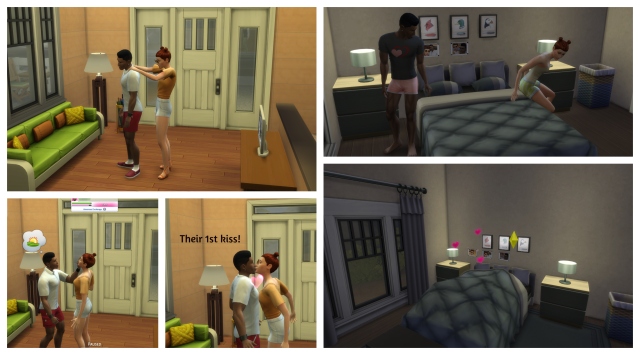 (Note: The first time she tried to turn up the heat, Marcus’ Noncommittal Trait shot her down and took them from “Very Flirty” to “Happy” Ouch!! Hours later, Daisy makes another attempt and is more successful. Obviously!)

A decent collection run but even more importantly, Daisy now has a live-in boyfriend!!