Liam explores the Modern District in Windenburg and winds up at a nightclub called the Discotheque Pan Europa.

He tries out some new dance moves and impresses others! 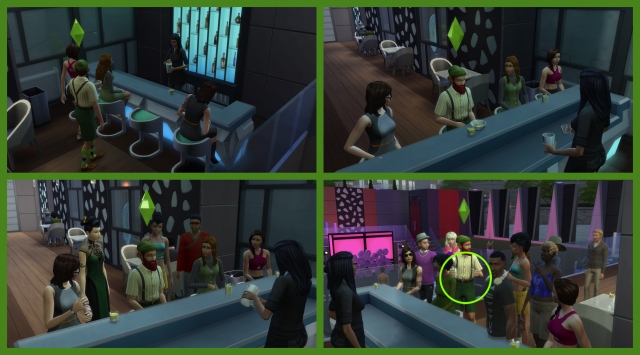 After working up a slight sweat, Liam heads upstairs to grab a bowl of chips. He also grabs a couple of unattended drinks. The bartender tells him they’re called Sweet and Spicy and he reckons the drink was created as a nod to the nightclub’s regulars.

Liam enjoys being surrounded by all these beauties and is even more delighted when Jade seem receptive to the light flirting he’s tossed her way. 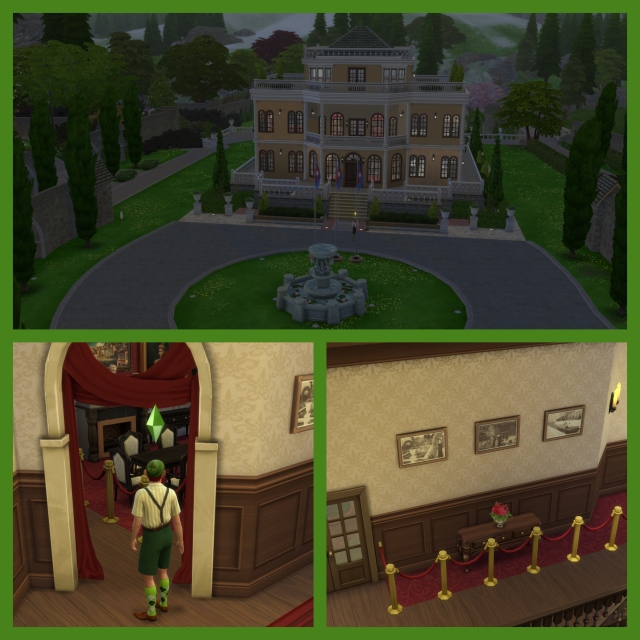 The morning is still young when Liam heads over to the Von Haunt Estate.

It’s a shame that most things are behind protective rope barriers. “It feels like this place should be called Von Taunt!” 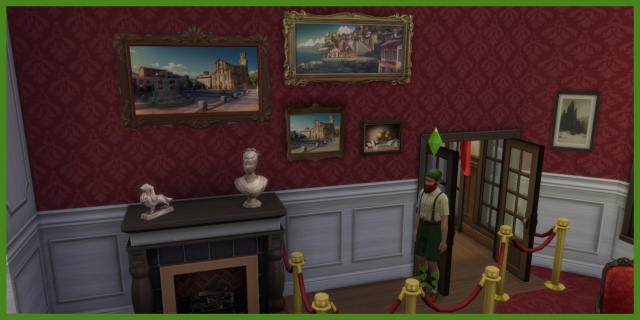 “O ho ho, what do I see? Three paintings ready to be swiped by me!”

Liam steps outside and is drawn into a chess match with Geoffrey Landgraab.

A short while later, Geoffrey leaves and Liam finds himself being stared at. The fellow won’t join him at the table (his loss!) and eventually moves along because it started raining.

“Finally! A moment all to myself without some Sim watching my every move!”

Liam scoots back upstairs and grabs the largest of the three in case he’s prevented from returning.

His swipe was a great one (cool down period of 8 hours!) so Liam heads over to Morgyn’s place for food, rest and friendship. 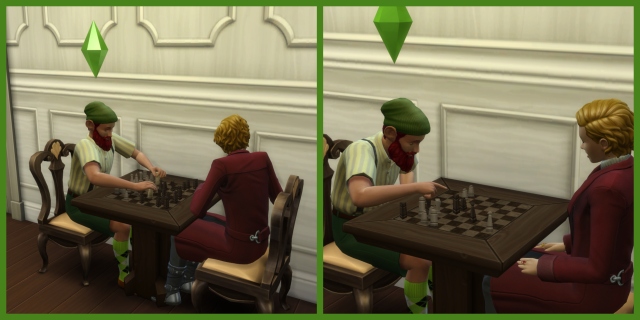 Even though Liam tries to makes the odds in his favor, he still manages to lose the game. Better luck next time, Liam!

Eventually, he manages to clear the wall.

Liam makes sure he heads back before Morgyn leaves for work. Morgyn has a nice library and Liam enjoys being able to read without someone trying to strike up a conversation like they seem to want to do when he’s at the library.

Time for this sleepy leprechaun to trundle off to bed with dream of rainbows and a pot full of simoleons dancing in his head.