TODAY is a holiday:

Pete needs to show romantic spirit, give flowers and go on a date.
Good Luck, Pete!

Looks like he is going to need more than mere luck today.
It’s after midnight and poor Pete is about to drop from exhaustion.
He also desperately needs a bit of fun. 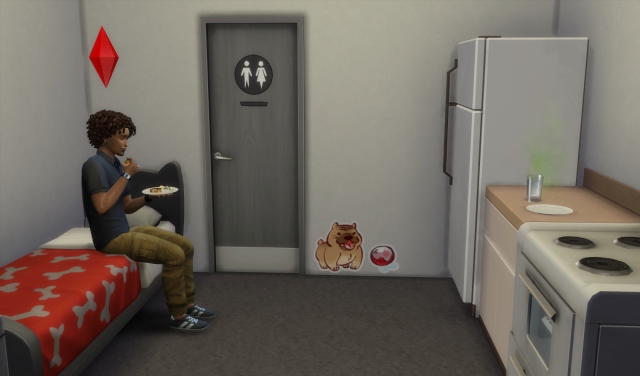 A sleep replacement potion should help!

(A/N: Since he needs to open the store as well as do self-care, I have him use points on this and delay getting the Incredibly Friendly reward trait.)

He does dishes, reads a book and fills food bowls for the stray animals.
It’s time to open the store but he’s not sure how sales will do on a day like this!

9 am: The store is busy but there is only one customer. The rest probably stopped by with the hopes of staying dry. 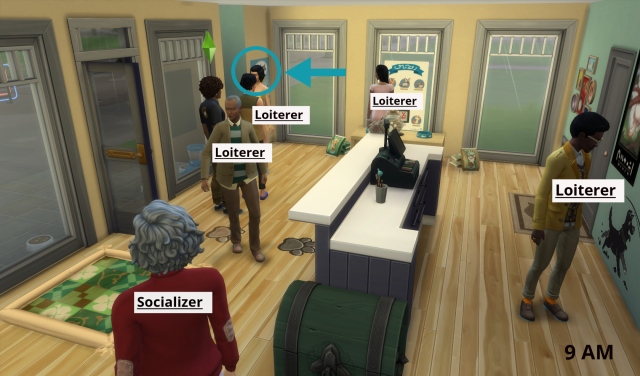 Pete’s store is for those who love pets but today it’s also a place of love in general. Pete smiles when he sees Ekram and Eleanore Elderberry giving flowers to each other.

He doesn’t smile when Reyansh Kumar walks up and insults him.
Pete isn’t in the mood for this nonsense and asks Reyansh to leave the store.

(A/N: Reynash has the Mean and Hot-Headed traits. Not a good combination!)

Pete wishes he had a way to cure the strays of their various ailments.

Uh oh! The guy with the poufy man bun is a kleptomaniac. 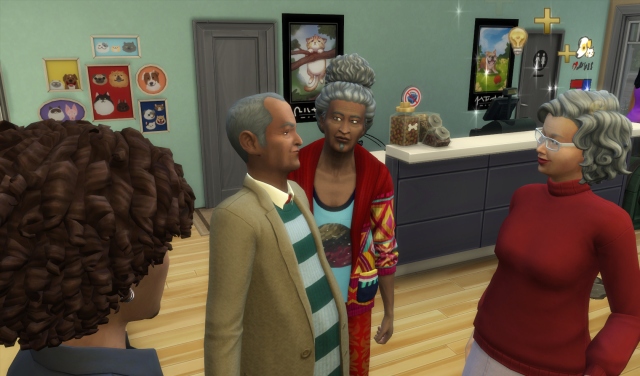 Pete keeps an eye on him and when the time is right, closes the deal.
It succeeds and Pete is feeling pretty pleased with himself!

(A/N: This is the first time this action succeeded. I guess the trick might be to wait until the blue bar is almost maxed because 2/3 didn’t do it for Pete. I like how they leave the store after making a purchase so I won’t have to worry about him swiping anything.)

It’s around 2:30 or 3 pm before Pete realizes he didn’t add another item for sale. Oops! Within minutes of doing so, three customers and a loiterer flock to it.

He’s pleased to see one do more than merely window shop.

(A/N: This set of pictures is very popular! Three customers and a loiterer crowded around it!)

Instead of restocking and staying open later, Pete closes for the day.

Pete restocks the store and … fixes the toilet that a customer broke. 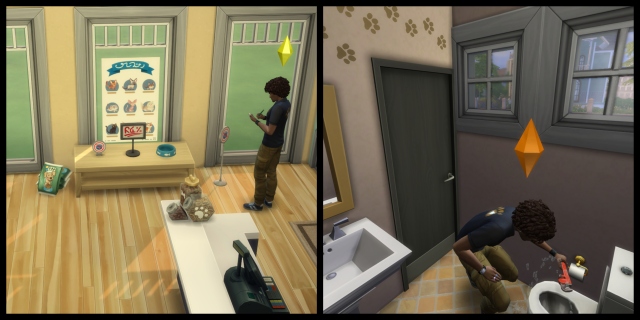 This leaves him with time to meet Karina at The Shrieking Llama.
She’s not wanting to go on a date but they can at least have some fun together. 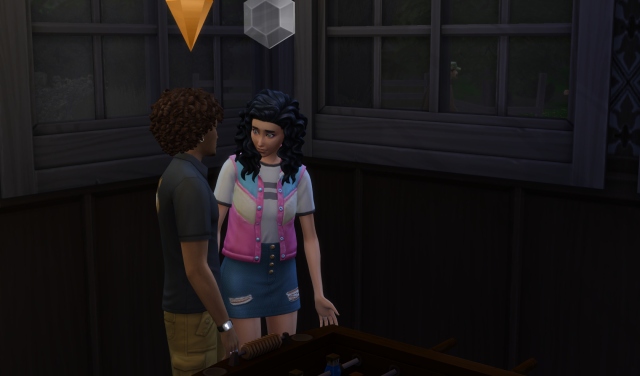 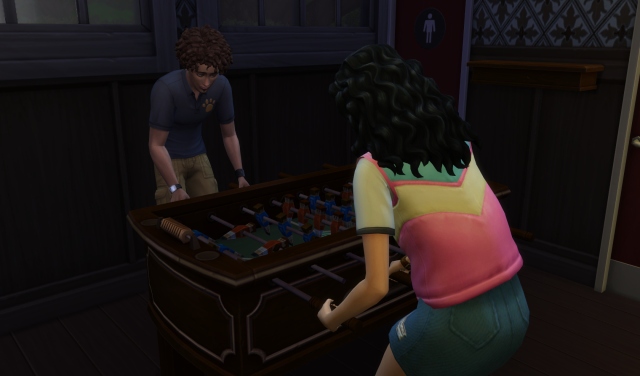 (A/N: The first picture shows him asking her to go on a date after they did a few romantic interactions. It became a socially awkward moment so I think her Loner trait might have something to do with it. Maybe. shrugs)

She’s receptive to getting a rose and a few minutes later, gives Pete one along with a message that gives him hope about the two of them becoming more than good friends.

It’s getting late so Pete brings their non-date to a close before heading home. 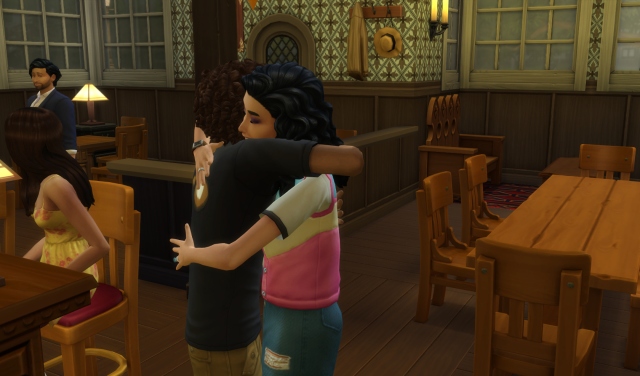